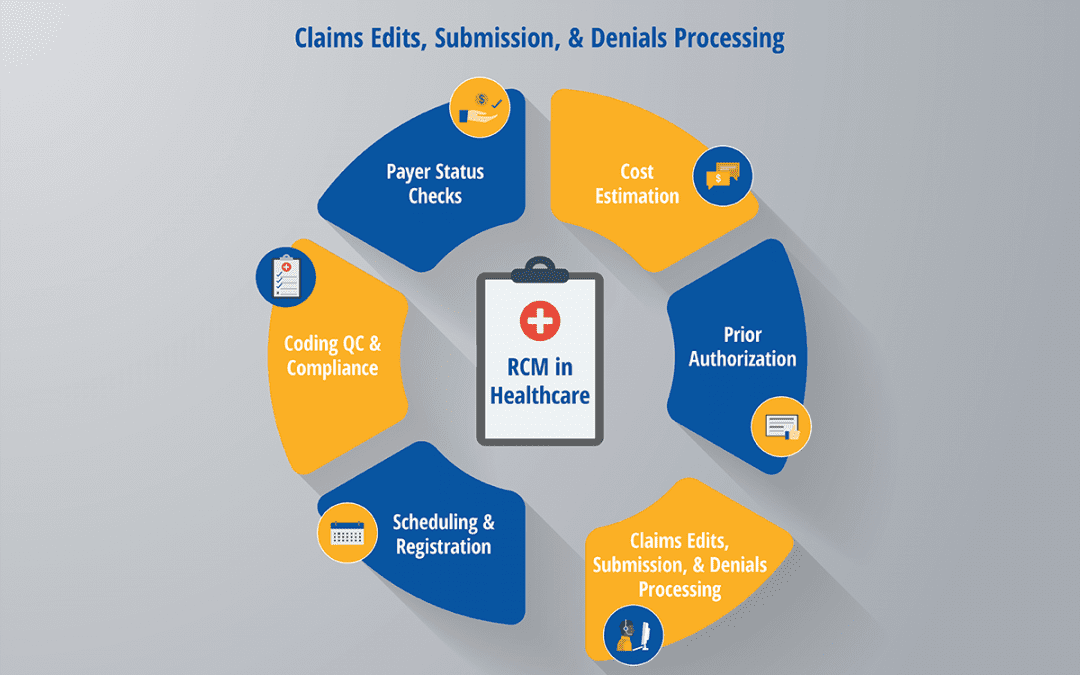 For many US health providers, a large percentage of denied insurance claims are found to be due to inaccurate or missing detail in the claim that was submitted. In fact, nearly 1 in 4 claims denials are due to technical detail errors in the submission or to issues. When an inaccurate claim is submitted, and ultimately denied by a payer, nearly one-third of providers then initiate a manual denial management process.

In this post in our ongoing Revenue Cycle Management Optimization series, we’ll explore the positive impact on resource utilization and time to revenue that Intelligent Automation can make in ensuring accuracy of submitted claims as well automating denials management. In doing so though, can Intelligent Automation also have an impact on a provider’s ability to respond to complex denials that can’t be fully automated? And how can it ensure the accuracy of coding as well as aid in meeting compliance goals? Read on to explore the benefits of applying Intelligent Automation to the claims submission, denial, QC and compliance processes!

Revenue Lost to Process and Error

A recent study by the Journal of the American Medical Association1 helped to quantify the amount of billing and insurance related costs incurred by a provider for each encounter. In the study, it was found that up to 25% of professional revenue was being spent on these administrative activities! In fact, on average, administrative staff spent greater than 1.5 hours on billing activities for a typical inpatient surgery.

If a claim is then denied, additional administrative time must be spent in making the appropriate edits to the claim to respond to the denial. The issue that many providers and health systems face is that mistakes on what should be simple claims submissions drive denials that lead to high volumes of workload on their revenue cycle teams in correcting and resubmitting. Because of this, the team’s availability to follow up on complex denials, such as the example above for an inpatient surgery, is reduced.

A large US Children’s hospital was recently faced with a problem like this. With their large Medicaid population, 11,000 claims on average were denied each month due to incorrect Medicaid account numbers. The work involved in responding to these denied claims cost significant financial losses and increased staff turnover on its own. In fact, over 6 FTEs worth of time was being spent on this process. As a consequence, the team’s capacity to respond to complex denials was reduced, which led to increased write-offs for denied claims that simply cannot be actioned.

By using Intelligent Automation to automate QC and claims submission processes, errors can be reduced on the front-end. At the same time, automation can be employed to respond to the bulk of straightforward denials to free revenue cycle staff to focus their efforts on complex cases. Decreasing the percentage of denied claims through more thorough, automated QC processes, while significantly reducing the volume of denials that teams must respond to allows those teams to handle a larger number of claims, and do so more with more focus and accuracy, without growing team sizes. In addition, focusing the teams on more complex cases can help providers reduce write-offs for denied claims.

In the example from the children’s hospital above, automation was built that worked an EMR-based queue of the nearly 11,000 denied claims per month, making updates to errant Medicaid number entry. The automation achieved an ROI of over $300,000 in labor savings, whose efforts were then focused on other tasks within the team. In addition, whereas responding to denials manually took teams over 60,000 minutes per month, automation was able to accomplish the same tasks in less than 25,000 minutes, significantly reducing the cycle time taken to respond to the denied claim and hence increasing the speed to reimbursement.

Some of the common processes where Intelligent Automation is employed in claims submission, edits, and QC are:

NLP and AI for QC and Compliance

Beside the administrative time spent on claims submissions and denials processing as outlined above, health systems must also quality check their claims from the perspective of compliance, such as to catch coding practices that could be in error or even fraudulent. Where the examples above reference Intelligent Automation’s ability to run workflows that follow a set of standard procedures to submit claims and respond to denials, Intelligent Automation’s capabilities can allow it to do much more in the claims QC and compliance process.

As an example of this, take the 10,000+ CPT codes and multiple tens of thousands of ICD-10 codes. Inexperienced coders, or simple mistakes, can lead to incorrect codes being applied to an encounter which then leads to a denied claim. Unnecessary procedure orders based on clinical diagnosis can also occur, either through error or fraudulently to drive additional provider revenue. These types of issues require more than rules-based automation to resolve, and this is where technologies like Natural Language Processing (NLP), AI (Artificial Intelligence) or ML (Machine Learning) can be applied.

Through NLP, an automated workflow can be built that reads the written diagnosis information a physician has recorded on an encounter and extracts key meaning from the language. ML is then used to take this meaning, check the CPT or ICD coding for the encounter, and validate its appropriateness. The automated workflow can then take several actions, such as flagging and escalating the issue that was found or make an automatic correction. The automation can also be used to collect data that’s then stored for analytics that can expose patterns of mis-coding so that long term errant trends can be corrected through training, or compliance, and audit teams can take appropriate actions should the coding be found to be intentional and not due to error.

The example above is just one way that combining process automation and orchestration along with other modern technologies including NLP, AI and ML can help solve complex challenges. We will dive further into solving challenges in areas such as prior authorization, registration, and scheduling in the next post of this series!

pureIntegration has been partnering with our customers to automate their most challenging business and technical processes for over 15 years. We offer flexible engagement models and a factory approach to automation development—from building and maintaining automation long term as a managed service, or by building internal development expertise and an operations model (Center of Excellence) to drive automation initiatives, our team can get you off the ground quickly. Engage with us today to find out how to put 80,000 hours of automation experience to work for you! 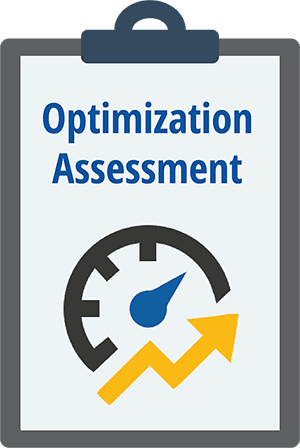 Want to learn more about how you can benefit from Intelligent Automation?

Talk to our team about the outcomes that you want to achieve and get a free optimization assessment to identify the areas with the highest ROI!